Isa 6:9-12 And He said, Go, and tell this people, You hear indeed, but do not understand; and seeing you see, but do not know. Make the heart of this people fat, and make their ears heavy, and shut their eyes; lest they see with their eyes, and hear with their ears, and understand with their hearts, and turn back, and be healed. Then I said, Lord, how long? And He answered, Until the cities are wasted without inhabitant, and the houses without man, and the land laid waste, a desolation, and until Jehovah has moved men far away, and the desolation in the midst of the land is great.
w
COMMENTS: 0
Published: Mar 25, 2016 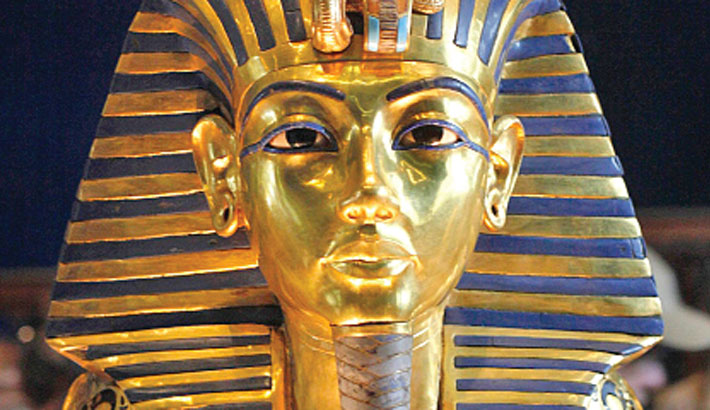 Again I am going to share with you the commandments for the Sabbatical year, maybe each week until you have it memorized. The Sabbatical year began with the sighting of the moon on the evening of March 10, 2016.

Lev 25:3  You shall sow your field six years, and you shall prune your vineyard six years, and gather in the fruit of it. 4  But in the seventh year shall be a sabbath of rest to the land, a sabbath for Jehovah. You shall neither sow your field, nor prune your vineyard. 5  You shall not reap that which grows of its own accord of your harvest, neither gather the grapes of your undressed vine. It is a year of rest to the land.

Lev 25:20  And if you shall say, What shall we eat the seventh year? Behold, we shall not sow nor gather in our increase! 21  Then I will command My blessing on you in the sixth year, and it shall bring forth fruit for three years.

5) Forgive any debts people owed to you by Sukkot.

6) Read the Torah out Loud at Sukkot so all can hear it being read.

Deu 31:10  And Moses commanded them, saying: At the end of seven years, at the set time of the year of release, in the Feast of Tabernacles, 11  when all Israel has come to appear before Jehovah your God in the place which He shall choose, you shall read this Law before all Israel in their hearing. 12  Gather the people, men and women and the little ones, and your stranger who is within your gates, so that they may hear and that they may learn and fear Jehovah your God, and be careful to do all the words of this Law, 13  andthat their sons who have not known may hear and learn to fear Jehovah your God, as long as you live in the land where you go over Jordan to possess it.

I am making plans to go to Israel and do this again this year. If you want to come, begin to set aside your funds so you can go. I will have more details in the weeks to come. But remember it is a Sabbatical year. Keep this in mind as you travel.

“Our Final Proof the Barley is ripe for the wave Offering” 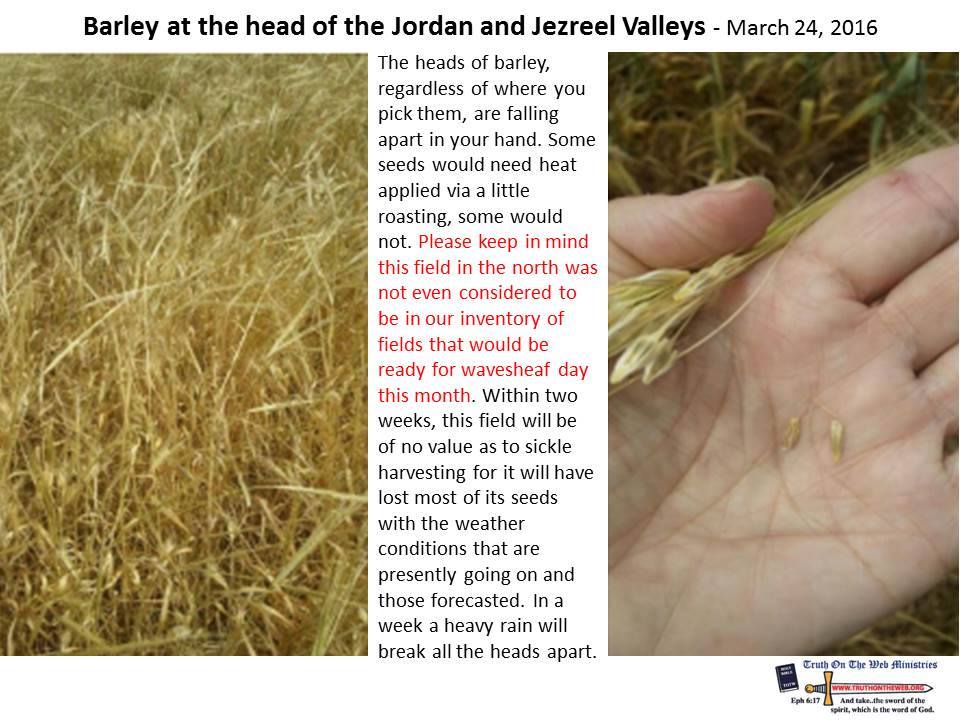 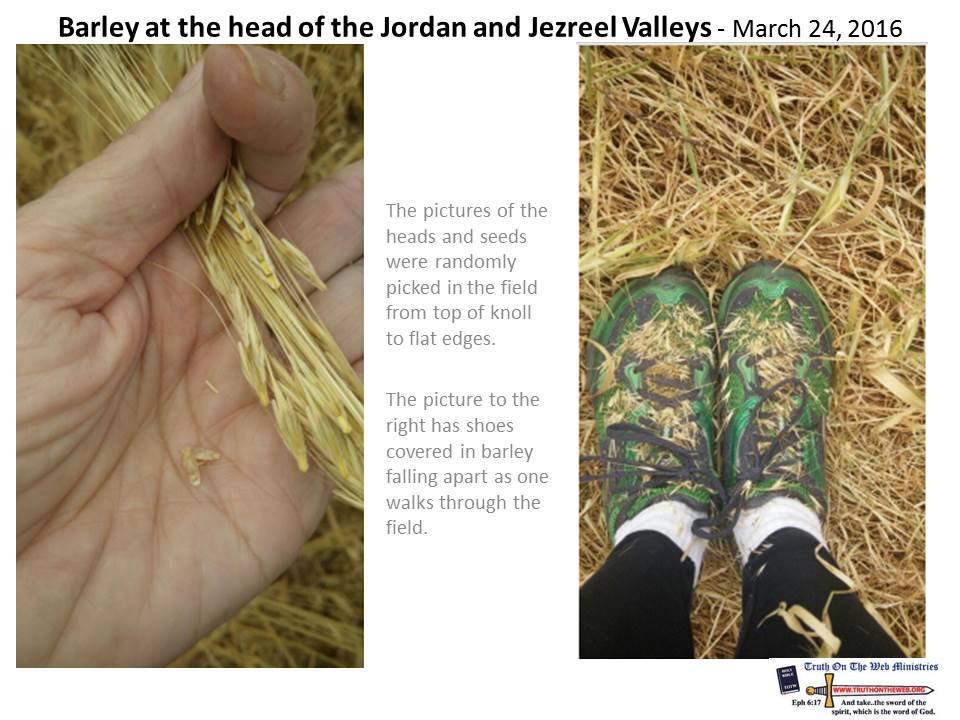 I do hope you all have survived this trial we have had this past week. I have had enough of the name calling and the attacks by those who used to call me friend but now seek to discredit me at every opportunity. I can say that each and every leader that has written on this is still a friend of mine and to me. It is the brethren who have much to repent of this Passover season.

We were sent those two photos above, Thursday March 24. Once again I am quite confident in our decision to keep Passover this past Thursday evening after sunset. We had completed the foot washing the evening before (Wednesday evening March 23, 2016) and during this preparation day for the High Day we spent it watching the Passion by Mel Gibson and weeping as we consider how our own sins led to and contributed to His death. We also watched the Ten Commandments on the 1st High Holy Day of Unleavened Bread, this Friday March 25, as it was the day that our ancestors fled Egypt after the death angel had passed over their homes slaying the first born of the Egyptian. Being a first born myself this is a sobering night indeed.

This past week Chaim Goldman called and talked with me a couple of times as he too wrestled with this years barley reports. I hope you all have wrestled with it and have done your own research and not just played follow the leader on this as some have. I would like to share with you Chaim’s report as I think it is a marvellous way of doing it this year. The Barley is now ripe and ready for the wave offering this coming Sunday March 27.

You have head so much about the barley this year and yet there are still some who ask why do we use or need the barley to begin the year. That New Year began March 10 with the sighting of the moon. It is the beginning of the Shemitah year. The year we are to let the land rest and to have stored up food for the next year by. So this New Year was so dramatic that the start of the Shemitah may have been missed or overlooked as we sought out understanding about the barley and how the new year was to be declared.

Again we have barley for the wave offering. The New Year is now officially declared not by me nor anyone else, but by Yehovah Himself. Are you willing to follow His lead or are you still following your own rules and your own understanding. As for me I am learning to follow the cloud.

Num_9:16  So it was always. The cloud covered it, and it looked like fire by night.

Num_9:19  And when the cloud stayed long upon the tabernacle many days, then the sons of Israel kept the charge of Jehovah and did not journey.

Num_9:22  Whether it was two days, or a month, or a year, that the cloud stayed upon the tabernacle, remaining on it, the sons of Israel stayed in their tents and did not journey. But when it was taken up, they pulled up stakes.