Isa 6:9-12 And He said, Go, and tell this people, You hear indeed, but do not understand; and seeing you see, but do not know. Make the heart of this people fat, and make their ears heavy, and shut their eyes; lest they see with their eyes, and hear with their ears, and understand with their hearts, and turn back, and be healed. Then I said, Lord, how long? And He answered, Until the cities are wasted without inhabitant, and the houses without man, and the land laid waste, a desolation, and until Jehovah has moved men far away, and the desolation in the midst of the land is great.
w
COMMENTS: 19
Published: Mar 13, 2018 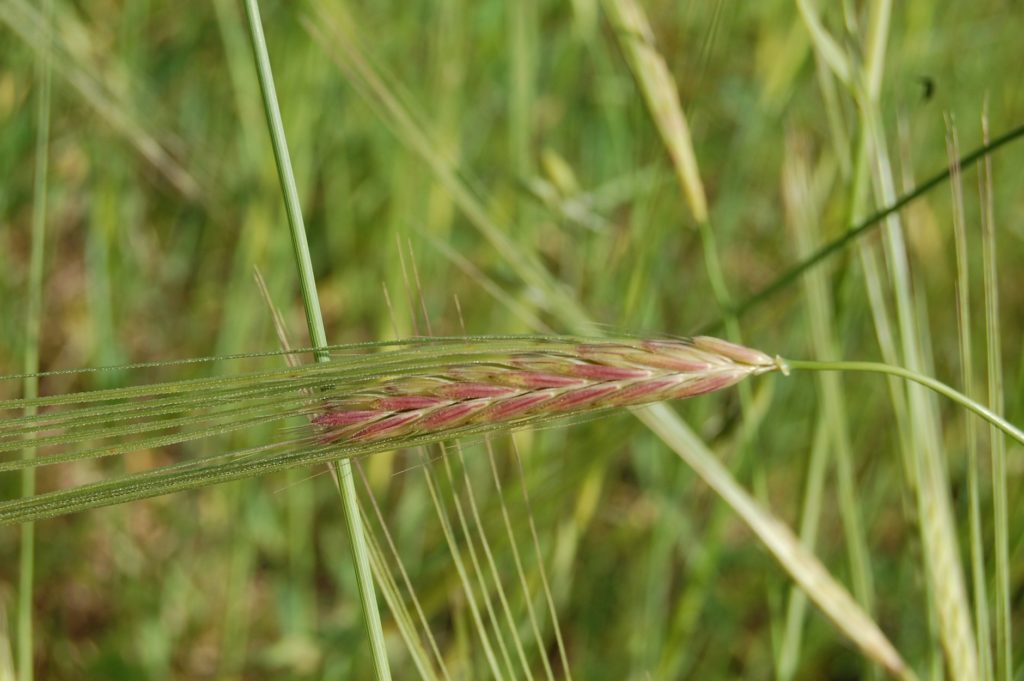 Shalom To the Royal Family,

We now have our first Barely report for this year of 2018.

We at sightedmoon believe the barley must be Aviv enough to roast it by Wave Sheaf day during the days of Unleavened Bread. This position has caused us to be on the outs with some groups. But this is our position. If the barley is not Aviv by wave sheaf day then what is the point of looking for the barley. It is only needed to make a wave offering on that day. Wave sheaf day will be on April 8, 2018. That is still 3 1/2 weeks away or 26 days for the Barley to ripen even more than what is now being reported on March 13, 2018. See below.

We are waiting for another couple of reports to come in over the next few days. But we have this report and it is enough for us to state that we will be keeping Passover once the new crescent moon has been sighted this coming Sunday night. Then we can declare when the Holy Days are precisely. You can, if you want to, go to Lev 23 now and read when the Holy Days are and do your own calculating to see how close you come.

And just a reminder that you are to have all leaven out of your homes by Passover. This includes your cars and work areas, and lunch pails.

The following report is from Brian Convery of https://www.abibofgod.com/aviv-search and the Pictures might also be his although I did get them from Becca Biderman’s site. 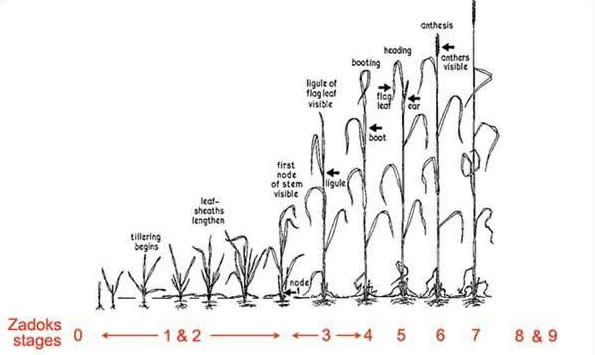 You can learn more about the Zodak Scale at this link

Hi Folks, Difficult flight for me with luggage still flying around somewhere with clothes, camera, charging cords etc. We got an early start this morning heading to the locations of our traditionally early fields in the Western Negev. We started seeing fields of domestic grain rapidly turning color on Route 3 as we approached Rt. 232. Many of you are aware that this area usually leads the pack for early maturing. Hopefully pictures will load and send out in our cobbled setup. At this location we did find the red strain wild barley that was physiologically mature. If given a few days to dry in the sun as a cut sheaf it would easily meet the Leviticus 2:14 minimum requirements. We found several other locations reflecting the same maturity all the way down to the Be’eri/Re’im area. All of these areas held wild, as well as domestic barley, which will be ready for a wavesheaf offering of the first of the firstfruits before the end of March on their own. Nothing we inspected in our stops in the Western Negev today was less than 6.9 on the Zadok Scale. There were a lot of samples in the 8.3 to 8.5 stages. In every instance the crew was able to witness the superior maturing qualities of the red strain of wild barley. The wild barley in the Judean Hills is less mature as is to be expected with the elevations compared to the Western Negev. We saw lambs mixed in with most flocks of sheep and goats. We also had a beautiful display of the White Storks antics as they migrated north near Kiryat Gat of all places. The traditionally early vineyards were well leafed out in most cases. Fig trees are leafing out with fruit and leaves. Tomorrow we will be heading north up the Jordon Valley to the Jezreel Valley and possibly the Coastal Plain are north of Tel Aviv. Have no way to load pictures at this time so they will follow. Brian, Sandra, Becca, Brenda, Tim, and Chance 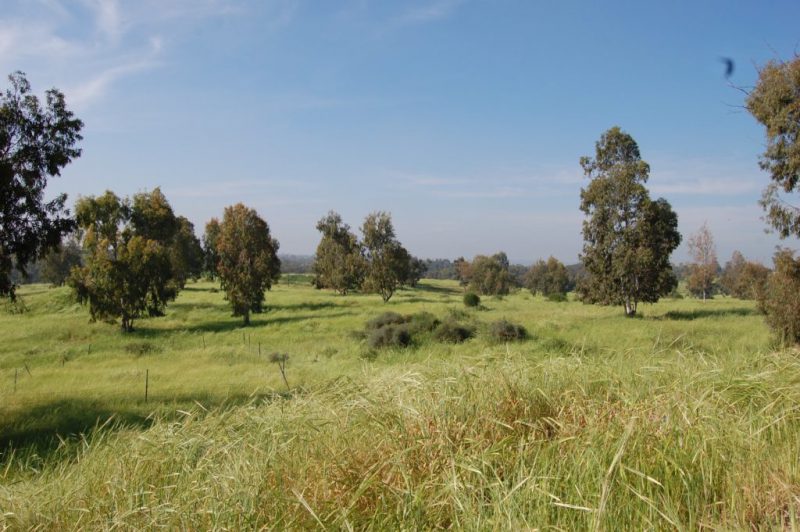 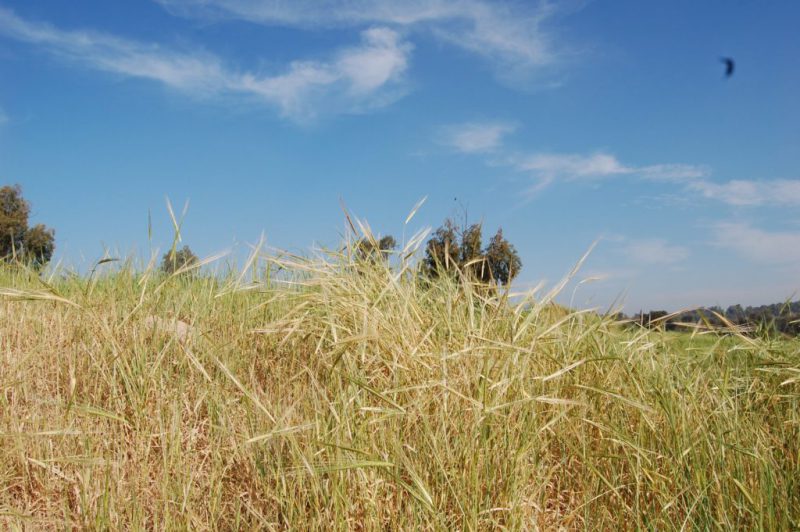 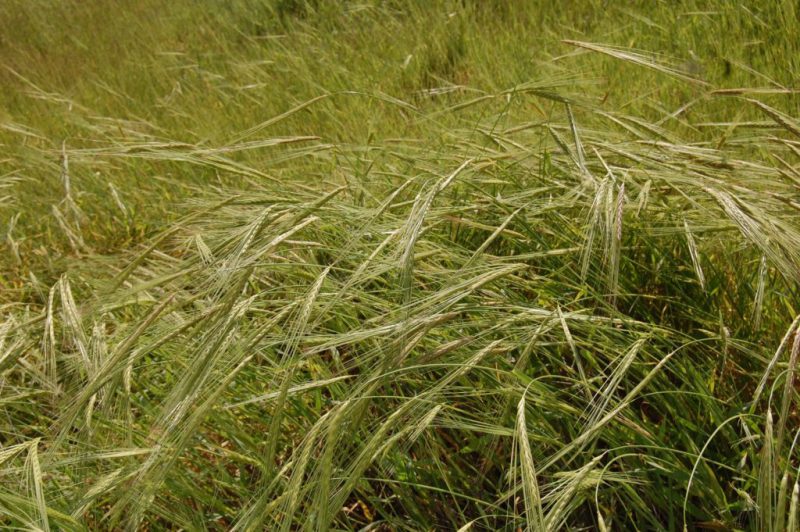 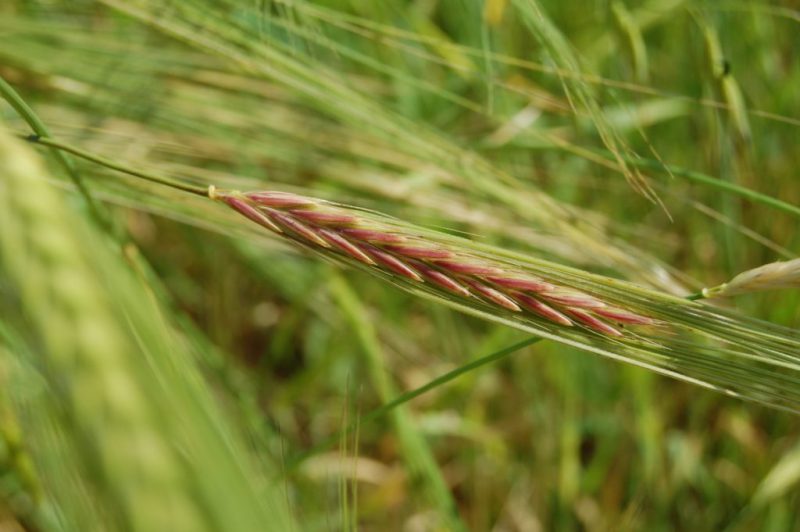 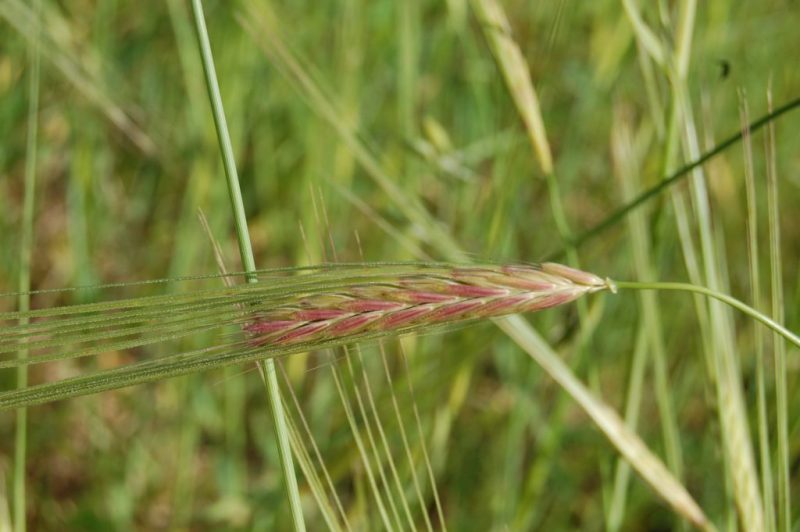 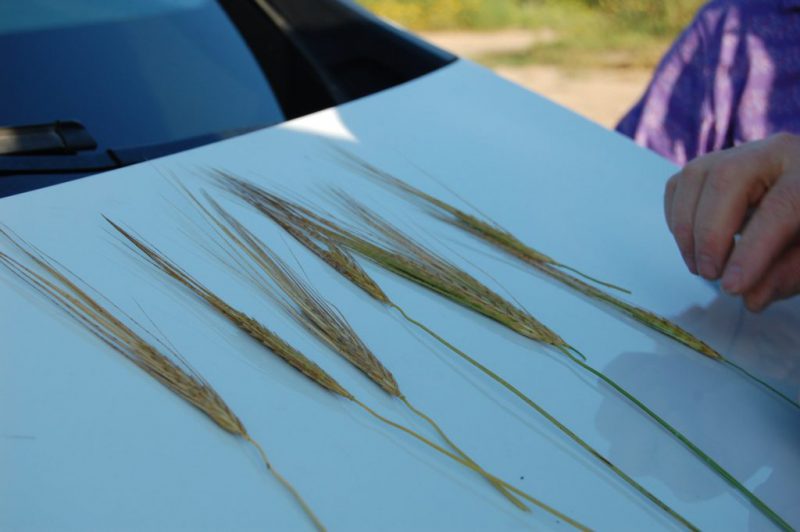 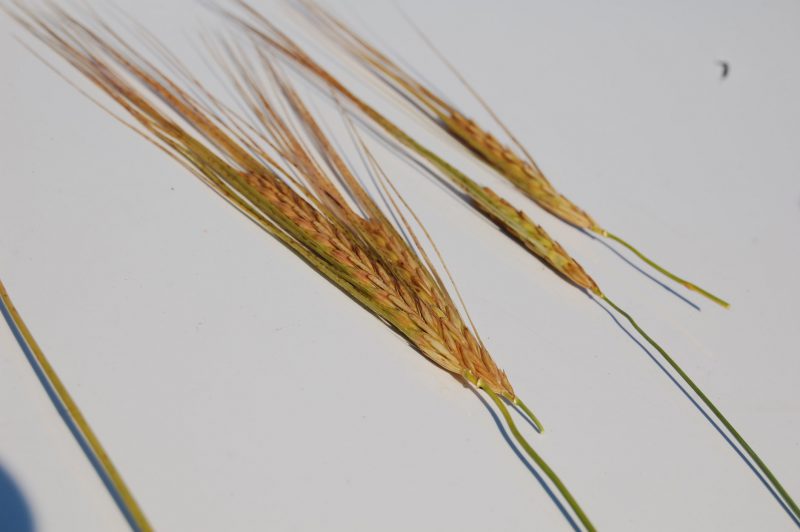 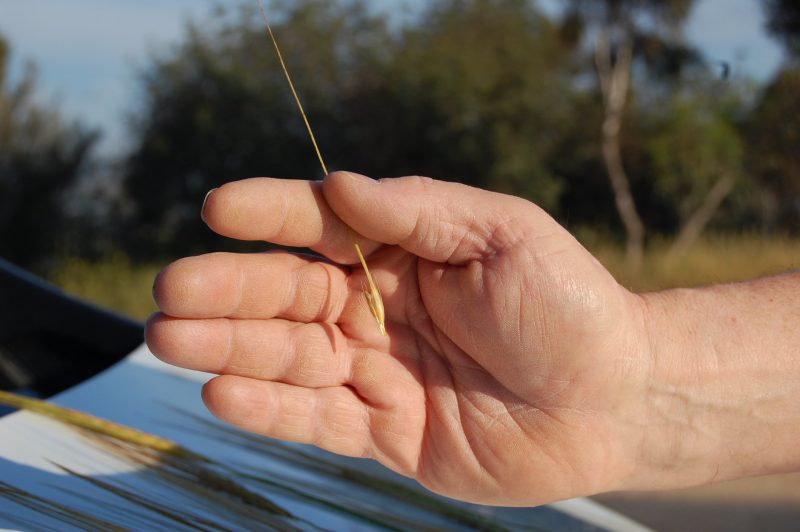 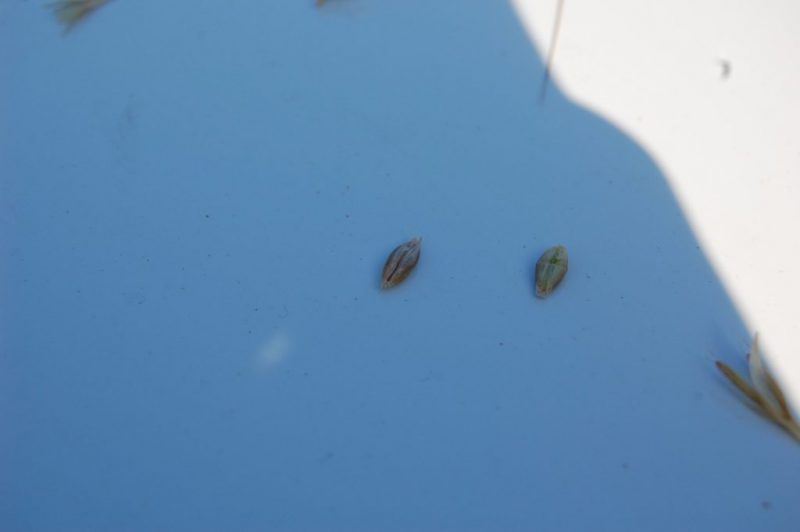 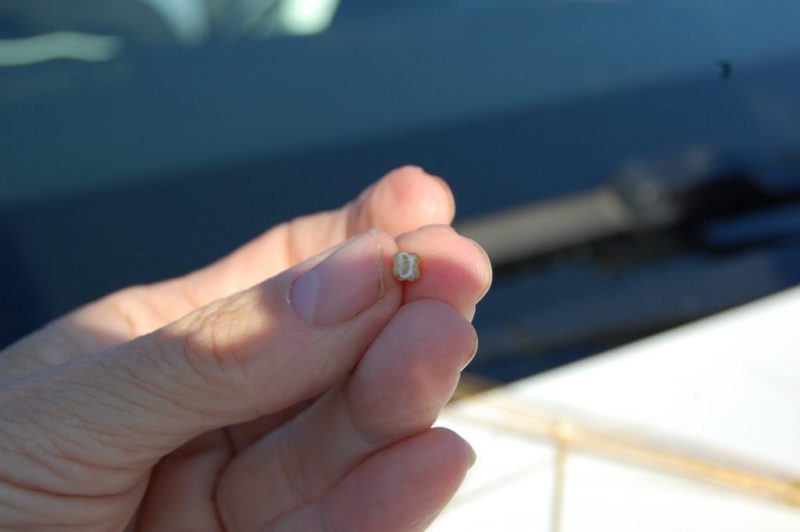 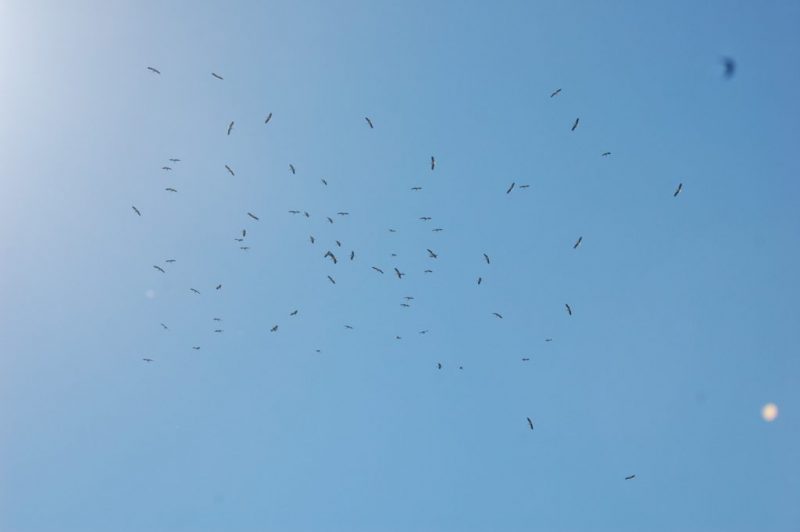 This just in from the Israeli New Moon Society:

“Hello All,
Please look for the new moon on Nissan on Sunday 18/3 / 2018.The bright planet Venus should help locate the moon. The seeing from Israel on Monday will be very easy. From southern

Europe and the US, seeing will be easier on Sunday as well, see global viewing maps .

Also, make sure to see Venus and Mercury just after sunset (This and next week) at the west, they look great together.” 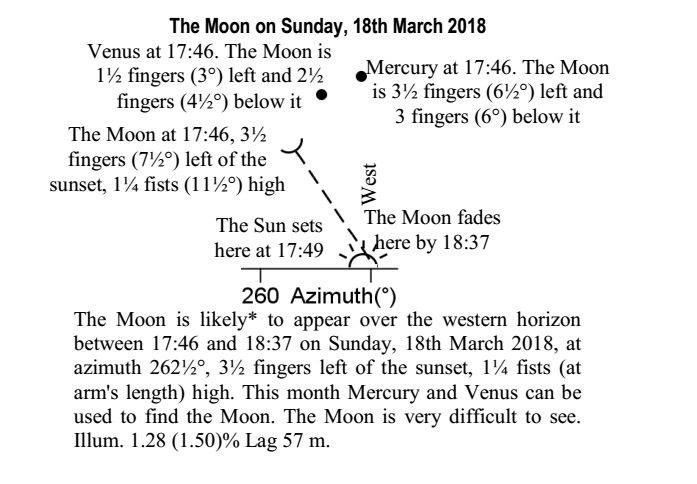