Isa 6:9-12 And He said, Go, and tell this people, You hear indeed, but do not understand; and seeing you see, but do not know. Make the heart of this people fat, and make their ears heavy, and shut their eyes; lest they see with their eyes, and hear with their ears, and understand with their hearts, and turn back, and be healed. Then I said, Lord, how long? And He answered, Until the cities are wasted without inhabitant, and the houses without man, and the land laid waste, a desolation, and until Jehovah has moved men far away, and the desolation in the midst of the land is great.
w
COMMENTS: 0
Published: Mar 29, 2017 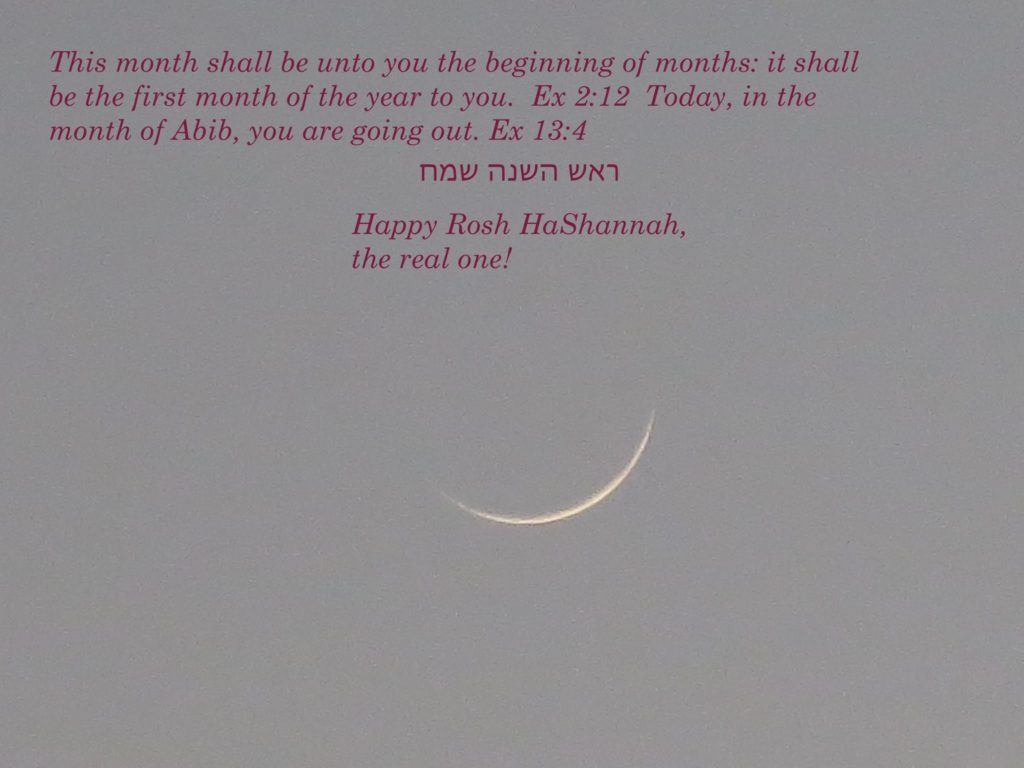 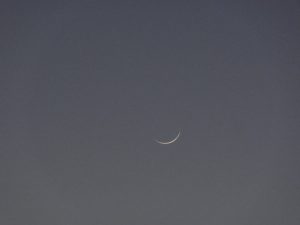 You can now begin to plant and prune what ever you want. Congratulations on completing you very first Sabbatical year. Well done good and faithful servant. Well Done.

Happy New Year, brethren! The New Moon has been sighted from Israel by several witnesses from several locations:

Dennis Chkolnik reported: “Me and my wife have sighted the new moon from Tiberias at 19.00 sharp. Very clear to see! Yehovah Eloheinu is faithful!”

Above phote by Yoel HaLevi: “The moon as sighted by myself, 3 of my sons and several of my neighbours from Kiryat Ata, Galilee. Other confirmed sightings have been reported from Giva’at Ze’ev.” — Sighted at 7:04pm, pics taken around 7:25pm.

Gilbert Ashendorf: “Hi Everyone, the barley is aviv and we saw the first new moon marking the first month of the year. I saw a few glimmers a little after 7 p.m., but it was 7:20 before I could see it with certainty on March 29, 2017 from the Rechavia neighborhood of Jerusalem. It’s actually fairly common for those of us whose eyes are a little on the older side to see the moon go in and out a few times before you get a good lock. The moon is just below the leaves toward the center of the picture. Shana Tova.”

We also have this report in as well.
The new moon of the 1st month was observed from Israel on March 29, 2017.

* From Givat Zeev by Willie Ondricek at 6:57pm.
* From Jerusalem by Devorah Gordon at 6:59pm, followed by Gil Ashendorf, Corette Buri, and Ian Taylor.
* From Tiberias by Dennis Chkolnik and his wife at 7:00pm.
* From the Haifa area by Yoel Halevi at 7:04pm.
* From Kiryat Yearim by Yehuda Landy at 7:15pm.
* From Jaffa by Kifa Perry.

The Shmetah Year of 2016-2017 is now officially over. We will have more to say on this in our weekly News letter going out on Friday.

We have now begun the 4th Sabbatical cycle and with it comes the 4th curse of Lev 26. The curse of the sword and famine and pestilence.

The Feast of Trumpet Friday Sept 22, 2017 if the moon is sighted. One day later if it is not sighted Thursday Sept 21 in the evening. All the following dates could be off by one day because of this.

The Day of Atonement Begins evening Saturday Sept. 30 and goes to evening of October 1, 2017