Isa 6:9-12 And He said, Go, and tell this people, You hear indeed, but do not understand; and seeing you see, but do not know. Make the heart of this people fat, and make their ears heavy, and shut their eyes; lest they see with their eyes, and hear with their ears, and understand with their hearts, and turn back, and be healed. Then I said, Lord, how long? And He answered, Until the cities are wasted without inhabitant, and the houses without man, and the land laid waste, a desolation, and until Jehovah has moved men far away, and the desolation in the midst of the land is great.
w
COMMENTS: 10 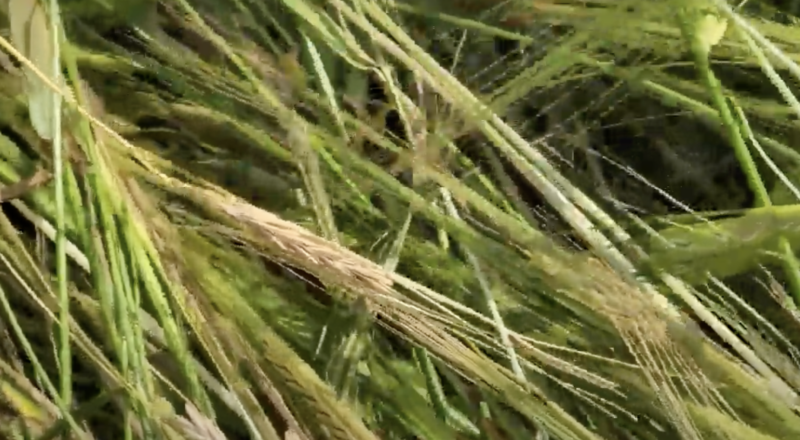 Shalom & Chag Sameach To the Royal Family of Yehovah,

Randy Cates and I have just returned back to our hostel in Jerusalem after an all-day search up the Jordan Valley. We joined Becca Biderman to look at one field most of the Barley searchers know just north of the military checkpoint on Hwy 90. We also found two other fields in Tel Teomim.

We then went all the way up to Poriya to look at the barley there. Well actually in the same field that was first to come out a couple of years ago, was just barely out of the boot. If we only examined this field then I would not be keeping Passover on March 18, 2022, but would have to do so next month because the barley just is nowhere close. But we did examine three other fields.

In our first field, north of the checkpoint on Hwy 90, we were having a lot of fun and we will have a video of this soon. I am just right now beat and can barely keep my eyes open.

After freezing here in Jerusalem for the past two days with rain, freezing rain, sleet and snow, I was wondering whether or not we would see anything at all in relation to Barley being Aviv. It is just plain cold here. And many areas got a fresh dumping of snow the day before on Tuesday, March 15.

But today March 16, 2022, Randy and I both got sunburns from the searching and were able to get rid of the heavier clothing.

The Field at the checkpoint had Barley that was firm and could be split with the nail and some that were not able to be split. And there was also barley in the worm stage. That is where it squishes out like a worm between your fingers.

We are looking for Barley that is firm enough to make into flower on wave sheaf day. I do not need barley for the first of the month. That is a Takanot. I need barley for one reason and one reason only. To make the Wave Offering on the morrow after the Sabbath during the Days of Unleavened Bread.

Mat 23:1  Then Jesus spoke to the crowd and to His disciples,

Mat 23:2  saying, The scribes and the Pharisees sit in Moses’ seat.

Mat 23:3  Therefore whatever they tell you to observe, observe and do. But do not do according to their works; for they say, and do not do.

Mat 23:4  For they bind heavy and hard-to-carry burdens and lay them on men’s shoulders. But they will not move them with one of their fingers.

Therefore, all he says to you diligently do, but according to their reforms (takanot) and their precedents (ma’asim) do not do, because they talk but they do not do.

So a Takanot is reforming what Yehovah has said or creating precedents or traditions that break His Torah.

To declare you can cut the barley and store it before Wave Sheaf Day is a Takanot. What you are really doing is declaring you got it wrong and will not adjust your understanding.

Let me be very clear here. I am not attacking any of the people who do the searches. Devorah, Joel and Becca or anyone else who goes out in the land of Israel and checks it with their own hands and eyes. This is not an easy job to do and requires great dedication to do it on the behalf of all of us who depend on these reports in order to know when the Holy Days are to be kept. My greatest admiration to each and every one of them for doing this year in and year out.

But having said that, Takanots have been applied and this is wrong. Any field that produces barley is grown by the blessing of Yehovah. I will concede that under hydro lines or right beside roadways should not be used. (This too is a takanot).

We took two sheaves of barley from this first field just north of the military checkpoint. Before you say I stole it, understand that it is the Sabbatical Year according to the Jews. The land is supposed to be free for everyone to use. We do not agree with that and have proven it to begin next year in March 2023, but according to the laws of the land in Israel, it is now a Sabbatical year.

Our second field was in Tel Toemim further north on Hwy 90. I searched the entire north side of the field and found most of the barley was in the early stages of flowering. It was not ready to be Aviv. Randy and Becca had worked their way to the far south Eastern middle section and waved me to come over. The Barley there was flat on the ground due to the weight of the heads and the wind. The barley around here was standing and bowing slightly. The standing barley had worm and or soft dough. But the barley knocked to the ground was already shattering. You could see how the heads just fell away or they were already gone.

This area alone had enough barley to make an omer with more to come over the next 3 days. We then went to another field in Tel Teomim and the barley here was smaller and in the soft dough stage.

Based on the field just north of the checkpoint on why 90, I would declare wave sheaf day Sunday, March 20, 2022, after roasting the seeds.. But Randy Becca and myself all agree that the barley in the  Tel Teomim field was now ready for Wave Sheaf Day.

I wanted to give you all a good laugh for the day. Enjoy. Chag Sameach.