Isa 6:9-12 And He said, Go, and tell this people, You hear indeed, but do not understand; and seeing you see, but do not know. Make the heart of this people fat, and make their ears heavy, and shut their eyes; lest they see with their eyes, and hear with their ears, and understand with their hearts, and turn back, and be healed. Then I said, Lord, how long? And He answered, Until the cities are wasted without inhabitant, and the houses without man, and the land laid waste, a desolation, and until Jehovah has moved men far away, and the desolation in the midst of the land is great.
w
COMMENTS: 9
Published: Mar 23, 2018 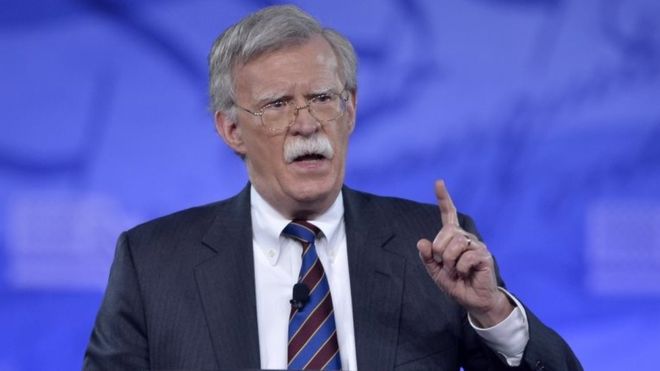 I was not going to send out a News Letter this week as I have given you a lot to digest over the past few weeks with the Jubilee cycles and the Sabbatical year proofs. But today’s news is a stunner and I do not want you to miss this.

I am beside myself trying to find those articles in which I warned you that at the end of this age the USA, who are the descendants of the 10 Lost Tribes of Israel, and the chief tribe that was blessed with the name of Israel, will have a weak president followed by a Hawkish one. That is one who does not like war followed by one who is not afraid to wage war for their benefit or the benefit of the USA. Barack Obama was a weak president and the world got used to dealing with a weak and feeble USA. Now they have a President they do not know how to deal with. One who is unpredictable. A president who drew a line in the sand and when it was crossed fired missiles into Syria and destroyed Syrian warplanes unannounced.

Again as I rush to get this out to you this Sabbath, I am not able to find the article in which I wrote about George Bush who said something to the effect that the USA is not above a pre-emptive strike. This then prompted Germany, the leading nation of the EU to state that they too are quite willing to use a pre-emptive strike if it suited them.

This now brings us to today’s news. John Bolton.

You can listen to his views on many things at this link from the BBC.

Then on March 23, 2018, Mr Trump replaced General H. R. McMaster with John Bolton. President Trump is surrounding himself with people who think along the same lines as he does.

Who is John Bolton?

Mr Bolton, 69, has been a foreign policy hawk in Republican circles for decades, having served in the administrations of Ronald Reagan, George HW Bush and George W Bush.

The second Bush appointed him as US envoy to the UN, during which time diplomats privately criticized Mr Bolton’s style as abrasive.

A strident neo-conservative, Mr Bolton helped build the case that Saddam Hussein possessed weapons of mass destruction, which turned out to be wrong.

Known for his walrus moustache, Mr Bolton does not appear to have greatly moderated his views since his last spell in government.

He stands by the invasion of Iraq and has advocated in newspaper op-eds using military force against North Korea and Iran.

John Bolton, an ultra-hawkish conservative who rose to prominence in the George W Bush administration, will be the new National Security Adviser to President Donald Trump.

A firm defender of American power and a confrontational advocate for wielding that strength abroad, Mr Bolton has never shied away from making his strong views known – whether from a government perch, in the pages of newspapers or from a Fox News pulpit.

Here are five things he believes.

1. A pre-emptive strike against North Korea is perfectly justified

Mr Bolton’s views on North Korea will draw intense scrutiny as he joins the White House, given a looming summit between President Trump and Kim Jong-un expected to take place by May.

The incoming National Security Adviser has made it clear that he believes that North Korea and its nuclear programme pose an “imminent threat” to the US, dismissing those who would argue that Washington still has time for diplomacy.

“Given the gaps in US intelligence about North Korea, we should not wait until the very last minute,” he wrote in the Wall Street Journal in February of possible pre-emptive action.

“It is perfectly legitimate for the United States to respond to the current “necessity” posed by North Korea’s nuclear weapons by striking first.”

2. Bombing Iran is probably OK, too

Donald Trump is reported to have got rid of his secretary of state Rex Tillerson due to their opposing views on the Iran nuclear deal, which the US president has been deeply critical of.

In John Bolton, he will find someone whose views are much more aligned with his.

Mr Bolton has lambasted Barack Obama for agreeing the 2015 international nuclear deal with Iran, writing last year that the text of the agreement “created huge loopholes, and Iran is now driving its missile and nuclear programs straight through them”.

In March 2015, a few months before the deal was agreed, he argued in the New York Times that only military action would suffice.

“Time is terribly short, but a strike can still succeed,” he said, advocating Israeli action specifically.

“Such action should be combined with vigorous American support for Iran’s opposition, aimed at regime change in Tehran.”

3. He’s not the biggest fan of the UN

“There is no United Nations,” Mr Bolton said in a 1994 speech. “There is an international community that occasionally can be led by the only real power left in the world, and that’s the United States, when it suits our interests and when we can get others to go along.”

That speech was made more than a decade before he was nominated by the George W Bush administration to be US ambassador to the UN – but Mr Bolton’s skepticism of a global body accountable to no one sovereign nation is deeply held.

The Economist called him “the most controversial ambassador ever sent by America to the United Nations”, but he also won praise in some quarters, for fiercely pushing for reform of the international institution.

4. The Iraq War wasn’t a mistake

Just a few weeks ago, the president was calling the US-led invasion in 2003, “the single worst decision ever made”. Around the same time, John Bolton, who backed it strongly, was refusing to condemn it.

“When you say the overthrow of Saddam Hussein was a mistake, it’s simplistic,” he is reported to have said in a Fox News appearance.

In 2016, when he was mulling a bid for the Republican presidential nomination, Mr Bolton was less equivocal.

“If you knew everything you do today, of course you’d make different choices, but I’d still overthrow Saddam Hussein, who was a threat to peace and stability in the region,” the Washington Post quoted him as saying.

5. Russia needs to be dealt with strongly

Mr Bolton has described Russian interference in the 2016 US election as a “true act of war, and one Washington will never tolerate”.

In July 2017, when President Trump met President Putin and the Russian leader denied Russian meddling, Mr Bolton wrote that he was “lying with the benefit of the best KGB training”.

More recently, following the poisoning of ex-spy Sergei Skripial in the UK – an attack blamed on Russia – Mr Bolton said the West should respond with a “very strong answer”.

In those charts, we explained to you last week, we showed you that the 70th week of Daniel was the same as the 120th Jubilee cycle we are now in. It is 70 Jubilee cycles from the Exodus which we are all going to be celebrating again next week. Daniel’s 70th-week prophecy warns us that in the middle of the 70th week Israel, the anointed will be cut off and be as if they never were.

Daniel 9:26 And after threescore and two weeks shall Messiah be cut off, but not for himself: and the people of the prince that shall come shall destroy the city and the sanctuary; and the end thereof shall be with a flood, and unto the end of the war desolations are determined.

The word Messiah is anointed which in this case stands for Israel and the word used for sanctuary can also be translated as Saints. Daniel used a very different word for the Sanctuary when he was writing about it. We explain this in our book The 2300 Days of Hell.

2020 is the end of President Trumps 4th year in office.

2020 is also the start of the 7 Years of the fat cows in Josephs dream. See the chart below. This is when Babylon, known today as the EU and UN grow fat from raping the resources from the now defeated USA and UK.

2020 is the start of the 2300 days during which the Saints, those DNA Israelites will be hunted and raped and slaughtered where ever they are found around the world. And no one will take them in. 2300 Days is 6 1/4 years of being hunted and killed.

We are given a prophecy when Joseph was blessed by Jacob.

Gen 49:22 Joseph is a fruitful bough,
even a fruitful bough by a well;
whose branches run over the wall:
The archers have sorely grieved him,
and shot at him, and hated him:

The archers are Missiles being launched at Joseph, the USA and they will grievously wound her.

Now that Germany and the EU know for a fact that John Bolton is going to be pushing for a pre-emptive strike, the economic trade war that is now heating up between the USA and China and is going to spill over into the EU. President Trump’s cabinet – a cabinet already dominated by US Generals (for the most part retired). Trump now has what any clear analysis would point to – a war cabinet.

For those that dig into and analyze the history of humankind, there has been a repeating, almost natural progression from currency wars to trade wars to shooting wars. In basic terms, the yeast that gives rise to currency wars are: too much debt and too little growth. Hence, countries steal growth from trading partners by cheapening their currencies to promote exports and create export-related jobs. Short-term relief at best as in every case eventually currency balances reassert, it is therefore a zero-sum exercise. This no-win situation eventually becomes obvious to those countries involved and they move on to trade wars or in today’s popular parlance – sanctions. This is expressed through punishing tariffs, export subsidies and nontariff impediments to free trade. The same dynamics apply as in currency wars and both sides null themselves out of play. Meanwhile the difficulties that started these chain of events has not gone away: too much debt and too little growth never goes away by avoiding the hard nationally responsible internal fixes needed – politically painful as they might be.

Meanwhile, a global trade war emerged after the Smoot-Hawley tariffs (1930) and comparable tariffs of trading partners of the U.S.

Eventually, the world was engulfed in the flames of World War II, and the international monetary system came to a complete collapse until the Bretton Woods Conference in 1944.